Skip to main content
October 31, 2018
CHRONICLES OF A BENUE CORPER 3 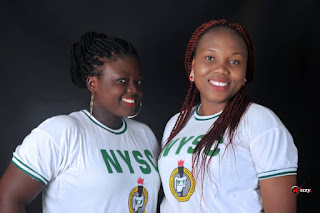 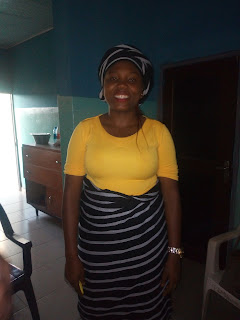 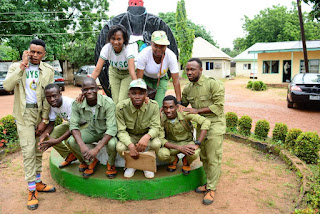 Happy new month to you all!!!!!!  it's been a while here..am sorry for taking so long to put up the next part of the chronicles of a Benue Corper. I am going to to be telling you about benue state in general, what my stay in Benue taught me, and some comments from friends.
Yes, NYSC finally passed us out on the 18th October in a not so colorful ceremony (they halted the usual ceremony since onset of the insecurities in the state).. Grateful to God for everything.
Benue State has a number of tribes, Tiv, Idoma, Agatu, Igede, Itillo. The majority being the Tiv tribe. I interacted majorly with the Tiv people and I must say they are one interesting group of people. As we all know, Benue state is termed the "food basket of the nation" thus they have a lot of agricultural products.. The major ones I observed being orange, yam, groundnut. So if you want cheap pounded yam and akpu, Benue is the place to be.
Tiv people are one welcoming set of people, they love to share, eat together. Your visit to a Tiv man's house isn't complete if you are not offered food, and a tiv man is not happy if he offers you food which you rejected.
An interesting thing I observed also is their love for meat. A tiv man believes meat is food, he can eat  pounded yam, akpu or turning food(cornmeal) without soup, but not without meat or fish. Uka Uka is when a tiv man eats a solid food with just fish or meat, no soup. He looks at the meat or fish or rather take a bite of it to go with a morsel of the solid food.
The people of Benue state also like pork meat and alcohol (no spite meant).. There is rarely any corner that you will not find a neatly peppered pork meat with beer joint. On my street alone we have about 5 of such spots.
I know a lot of people are privy to the fact that Benue State has one the highest incidence of HIV/AIDs in the country, true.. But that does not mean every body walking on its street is infected no. As a doctor, I learnt early to live with that fact and observe Universal precautions while seeing patients. It's not as bad, hiv isn't transmitted via handshakes, or being nice to people nah.
Another peculiar thing about benue state is their clothing material which is specific per tribe; white and black for the Tiv tribe , while the red and black is for idoma , I was given the Tiv material by my ppa so I can always remember Benue State.
The summary of what Benue State taught me is that wherever God has placed you per time, be the best version of yourself, don't interact with the people with a biased mind, be opened to learning their language, their food and other aspects of their culture.
Adegboyega -- my best moments in Benue state were those spent in God's presence and with my clique of Yoruba doctors. Benue state taught me to totally depend on God, and  that all mountains are surmountable.
Olamitomi-- my experience was terrible, worse place to serve
Best moments was the few friends I made
Benue taught me nothing.
Tobi--otukpo where I served is a land of opportunity.
In all, the people I interacted with made me enjoy benue, if asked "what if you are retained",will you stay.. Hmm... Will give you the answer some other day. To every one who made my stay in Benue great I say Msugh, Anyaa o (tiv and idoma way of saying thank you). 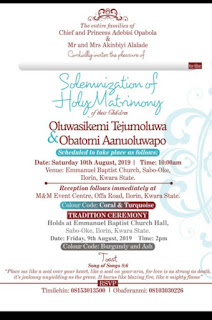 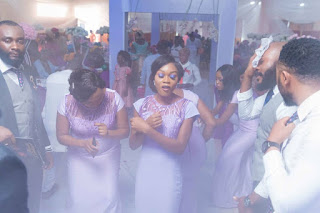